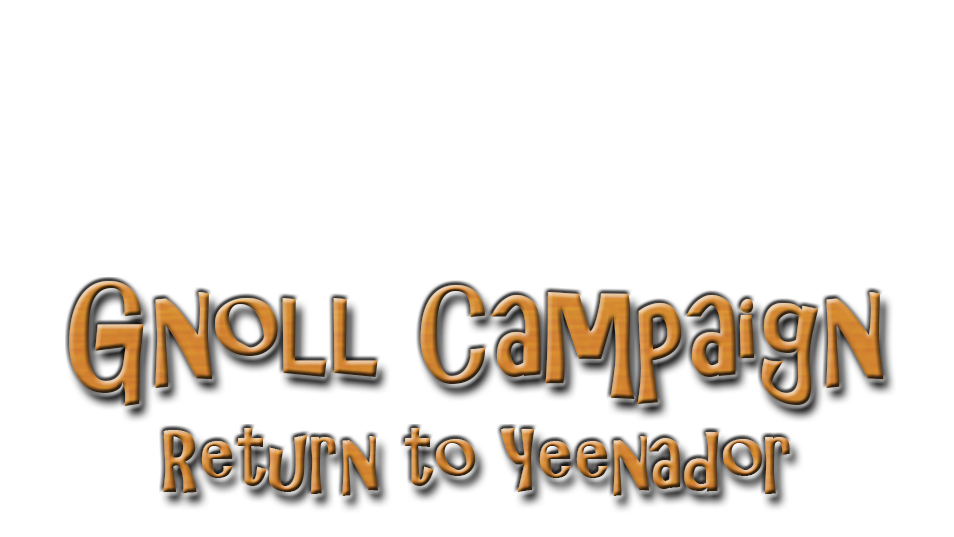 Explore Yeenador and find out what has happened to the Gnolls' lost homeland.

In the gnoll campaign, you will find the gnolls on the lost island of Yeenador. Play the game and see what has happened there in the past 1000 years.